Into the Final Final 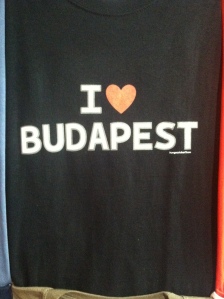 Quick update – 4:20.2 today in my 1500m semi-final heat, think I finished 5th.  Led the heat through 1450m at a pace we knew would get us through, got passed by two guys at the end.  When they made their move I had a hunch that turned out to be true – the medals are awarded after tomorrow’s race, not todays.  Those two will be seeded ahead of me tomorrow afternoon, but we’ll all start on the same line and I will not be in the same “giving mood” when it comes time to hammer the finish.

Like all the guys who are 800/1500 doubling, I am starting to feel the effects of all this racing.  This will be my 8th race in 16 days, the fifth final.  Even though some of them were trials, they are still pretty hard efforts in spikes on legs and joints that are not 18 anymore.  We’ll be hitting Austria and Italy after the meet for another week, I don’t see the running shoes seeing the light of day other than to help out the feet on long walks.  A break is definitely in order, and I think the timing for it will be pretty good.  I’m confident the old body will be able to answer the bell one more time though, so hopefully I can muster an effort tomorrow afternoon that will put me in contention at the end.  The field will be pretty strong I think (the top seed skipped the 800m to run this), so it’s gonna take a good race – the trials are done, and I can see the light at the end of the Budapest tunnel, so I’ll be “all in” on this one.  I’ll be sorry to leave this place when all’s said and done, but I know one way to put some icing on an awesome Hungarian cake – more hardware!

I am a 45 year old masters runner from Central Pennsylvania. I have been participating primarily in track events since turning 40 in 2009. This season has produced marks that I have not run in several years, I believe primarily due to starting a strength and flexibility program here at Elite Athletic Performance - I've felt stronger and faster than I have in a long time. That, coupled with lots of underwater running, has kept me healthy and fit - at this age those are things I no longer take for granted... I run USATF events with a team out of Philadelphia, the Greater Philadelphia Track Club. They are a great group who have played a big part in making the sport enjoyable for me again. I also run local races for HydroWorx Track Club, supported by HydroWorx here in Harrisburg PA. Their underwater treadmills and training center has proved to be a crucial part of my training, rehabilitation, and recovery programs. I set personal records in the 800m (1:56.06) in 2010 and in the 1500m (4:02:63) and mile (4:23.48) in 2011. Despite the fact that I am not getting any younger, I nearly PR'ed recently and set the M45 indoor world record in the 800 meters at the New Balance Armory in New York City. I ran 1:56.10, besting the 9 year old record by less than a second. I feel like there are still more big things to come... I am married and have two daughters. I am an assistant XC coach at my alma mater, Cumberland Valley High School here in Mechanicsburg PA. I am also a 1991 graduate of the US Naval Academy, currently working as a pilot for FedEx after serving 10 years on active duty flying in the Navy. Beat Army! Beat Army!
View all posts by Nick Berra →
This entry was posted in Uncategorized. Bookmark the permalink.